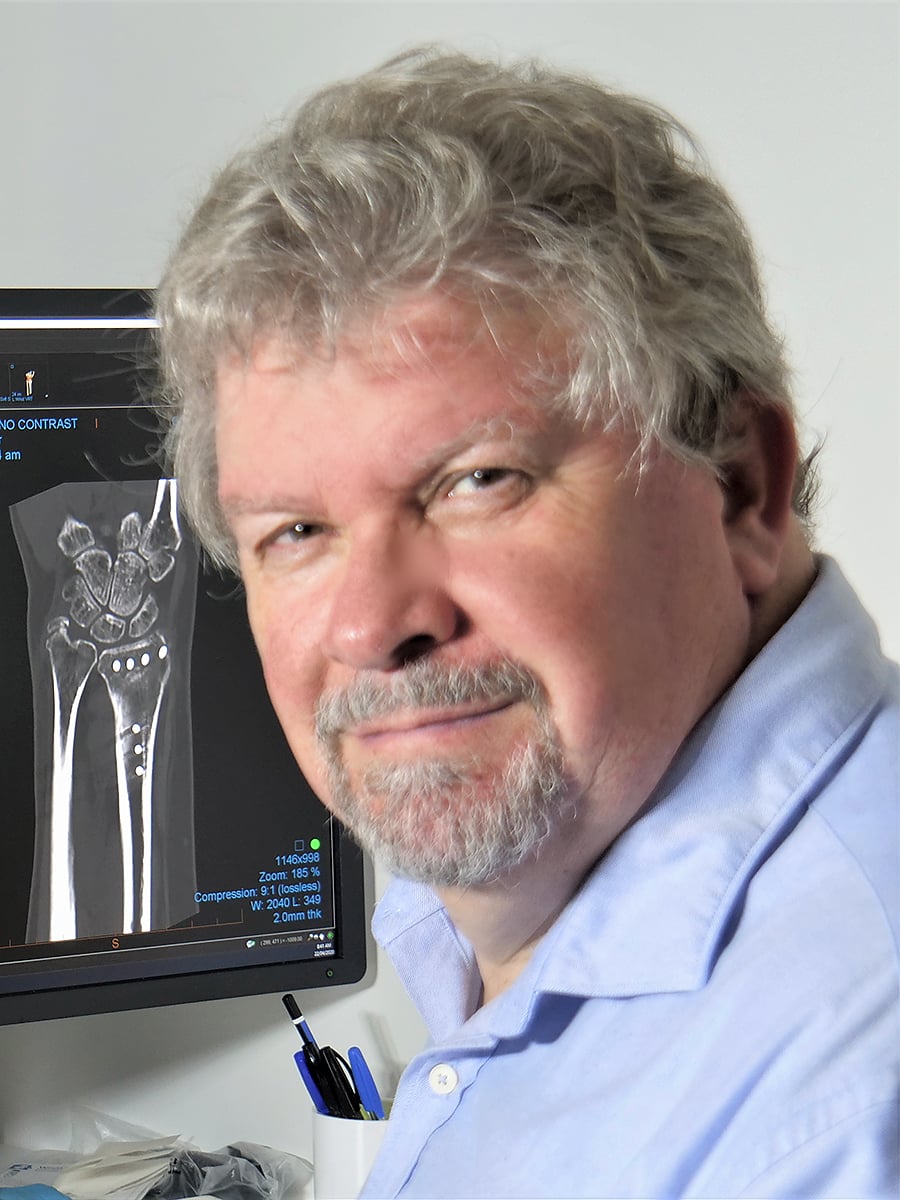 Dr Gibbon is a Fellow of the Royal College of Surgeons of Edinburgh having spent 4 years in clinical orthopaedics. He is also a fellow of both Australian and New Zealand and UK Colleges of Radiology. He has a PhD related to “The Anatomical Basis of Groin Pain in Professional Footballers” and a higher research Doctorate MD related to “A Multi-disciplinary Approach to Early Inflammatory Arthritis”.

He has held visiting Professorships in Sports Science at Leeds Metropolitan and Sheffield Hallam Universities in the UK, full Professorship in Medical Imaging at the University of Queensland as well as holding the position of Chairman and Head of Medical Imaging at the Royal Brisbane and Women’s Hospital. He has also held the position of Head of Medical School and Deputy Dean at Bond University.

Dr Gibbon has been a Specialist Clinical Radiologist for over 25 years with the last decade being in private radiology practice in Queensland. He is a General Radiologist who specialises in Musculoskeletal, Sports and Spinal Imaging. He is a highly published author in this field, having written a book and being the author or co-author of over 50 articles in Medline reference journals.

He has been a member of more than 50 international congress /course faculties in 21 countries across 5 continents and been invited to lecture on behalf of such esteemed organisations as Royal College of Surgeons of England, Royal Society of Medicine, Danish Medical Society, Australian Orthopaedic Association, Belgium, British, Dutch and Danish Sports Medicine Associations.

Dr Gibbon was a Faculty member of the Radiological Society of North America for 9 years and led their “Hands-On Refresher Course: Musculoskeletal Ultrasound” at its annual congress in Chicago USA.

He is an avid writer, recently writing, producing and directing a period detective drama feature film.

Dr Gibbon is passionate about high quality patient care and a multi-disciplinary approach to diagnostic medicine.